Before it became the most talked-about movie on Netflix and a viral (yet dangerous) Internet challenge, Bird Box was a book by American author and singer, Josh Malerman, first published in the UK before it was published again in the United States.

There’s a running theme throughout Bird Box — throughout all depressing and scary post-apocalyptic stories, if we’re being honest — that you need to “just keep swimming.” But even though that idea was expressed a few different ways and times, there are some subtleties between them that carry completely different messages, especially for us as marketers.

So if you wanted a reason to watch Bird Box at work and call it research, here are three of our favorite quotes from Bird Box the book. 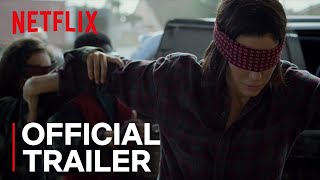 “It’s better to face madness with a plan than to sit still and let it take you in pieces.”

The smart companies are rolling with the changes, adapting and reengineering themselves as they face new technologies. They’re changing, rather than sitting still or trying to be the best old technology makers.

IBM has remade itself three different times as progress eliminated the typewriter and changed the personal computer market. The company reimagined itself once again as an information technology company that not only produces hardware and software, they provide hosting services, and they provide extensive consulting services. That’s a long way from time clocks and typewriters.

If you sit and wait, the market — and life — will pick you apart. Newspapers waited too long to go online, TV networks fought the DVR, and we all know what happened to the buggy whip industry. Don’t wait, move forward. #MovementIsLife.

“We left because some people choose to wait for news and others make their own.”

We’re a company of entrepreneurs, and we want to help other entrepreneurs and intrapreneurs (people with an entrepreneurial spirit working for a larger company) find their own way. These are the people who seek to make their own news.

As marketers, we’re not the sit-around-and-wait kind of people. We go shake things up, rattle a few cages, and see what we can make happen for our companies. Leave the waiting to the timid people, the settlers, the people who play it safe. The people who are waiting for the end to come.

As a marketer, you need to make a plan, and then go out and make it happen. You need to leave and make your own news. Let others sit and wait for your news to come to them.

“It all kind of happened in a row, each step allowed the next step to happen. All because we weren’t stagnant.”

It was a mantra from World War Z, movement is life, the idea that the only way you’re going to survive is if you’re going to keep moving. And Bird Box reinforces that theme as Malorie guides Boy and Girl down the river toward the compound, hoping to avoid the madness that awaits them if they just remove their blindfolds, even for a peek.

Malorie has an end goal in mind: to reach the compound, but that’s not her immediate goal. It’s The Next Step.

Reaching the compound is her ultimate goal, but her immediate goal is not the compound, it’s what she’s going to do next.

So it goes with marketing. You may have a two-year multi-channel marketing plan with trade shows, ebooks, VR webinars, and a billboard in Times Square, but don’t start pricing out billboards until you’ve set up your Twitter account first. We like to use the mantra “crawl-walk-run” in our marketing meetings.

Know which direction you’re heading, but don’t try to get to the end in a few steps. Take the next step and see what happens. And then take another. And another. A long, steady pace of focusing on The Next Step will get you to where you need to go.

Did you watch Bird Box, or read the book? Did you glean any important marketing or life lessons from it? Share with us in the comments below.

We use cookies on our website to improve your experience; by enabling us to remember you, we can offer you more customized content. By continuing to use this site, you are giving us your consent to do this.
Accept Cookies Learn More
Learn More
Necessary Always Enabled